Are you wondering how to trade in binary options? Are the fluctuating asset values confusing you? If so, you can take the help of candlesticks to learn more about the binary options market movement. But before you do that, here’s a quick question- do you know what candlestick charts are? Or can you read the chart?

Candlestick charts are nothing but a visual representation of the price trend of the binary options market. It helps the traders to identify the value of an asset during a particular interval.

Candlesticks have become popular over time because they provide complete detail of every asset in a single bar. In simple words, it is one of the easiest ways for traders to keep an eye on the market trend and price.

Though candlestick charts are the simplest ways to predict price, understanding its components and patterns can be tricky. But you can scroll down to learn everything about it.

To understand the right way of trading in the binary options market and to read a chart, it is essential to comprehend candlestick’s components. The components mean different parts of a candle, which represent other pieces of information.

Generally, candlesticks are red and green and have a body and shadow. The upper shadow of a candlestick is also known as a wick, and the lower one is a tail. Even the slightest change in the color or pattern means the candlestick is indicating something else.

A green color (bullish) candlestick means the opening price of an asset was less than the closing price. In short, the binary options market has moved upwards. Also, if the body is longer, this shows that a particular item has been purchased so much in a given time.

On the other hand, if the candlestick is red (bearish), this shows the opening price of an asset was more than the closing price. Meaning the marker has moved downwards.

Here, if the body of the candlestick is longer, you can conclude that an item was sold aggressively during that time.

Just like the colors of the candlestick, the movement of shadow, aka wick, also signifies a change in the value of assets over time. For instance, the upward shadow symbolizes the highest price reach.

Similarly, the lower shadow, aka tail, shows the lowest price of an asset in a given time frame.

To help you understand more about how the size of the candlestick body, length of the shadow, and body ratio influences market movement, here’s a quick analysis.

Simply by observing the size of a candlestick, you can understand so many things. For starters, if the body is long, it shows upward price movement. Also, if the size keeps increasing over time, you can conclude that the price of an asset has also moved up.

However, if the body gets smaller, this means the price of an asset has decreased, and the trend of a particular item has ended. Also, a constant body shows stability in the market.

Other than the size of a candlestick, the length of its shadow also shows fluctuation. If the shadow of the candlestick is longer in size, it simply means that neither buyers nor sellers are gaining anything as they are competing. Thus, stability is at risk.

On the flip side, if the size is small, it shows stability in the market. This also suggests that buyers or sellers dominate the market, which means that the trend is healthy.

A longer candlestick body in comparison with shadow shows a strong trend. During this phase, the price of an asset moves in the direction of the trend. And if the trend stays strong, the shadow of the candlestick is small in size.

Similarly, a long shadow indicates a shrink in a trend. And if the shadow becomes much longer than the body, it shows a turning point, meaning uncertainty in terms of price movement.

Position of the Body

Ideally, there are two popular positions of candlestick body.

In the first condition, the body is small and has two long shadows on both sides. Seeing this body position, you can easily conclude that the value of an asset has returned to its original price. It’s because when the sellers tried to decrease the price, the buyers increased it.

During the second scenario, the body is on one end, and there’s a long shadow on the other end. This shows that one of the market players, i.e., either the buyers or the sellers, has tried to push the market in one particular direction.

How to read the Candlesticks?

Wondering how to read candlestick? Well, you can do it simply by keeping an eye on a few things. Like the movement direction of the market, opening and closing price of an asset, and knowing the highest and lowest price of an item during a given time frame.

Other than this, you can also read and understand the candlestick by knowing the movement type, whether the movement was linear or non-linear.

And just like successful traders, you can also set a period. So while a small binary options candlestick chart is great, it is advised to look for a bigger chart to understand better what’s happening in the market.

By doing this, you can understand the market movement and sentiments of the traders in a more precise way.

Generally, the candlesticks are either upward or downward in direction; two different patterns separate them, i.e., bearish and bulling. Once you have understood these patterns, you will know how to read candlesticks.

One of the most popular candlestick patterns is doji. This pattern is commonly used to show indecisiveness in the market. Doji pattern has a tiny body, meaning the closing and opening of the market are noted at the same level.

You can easily find a Doji pattern in the chart as it looks like a plus sign.

Other than the Doji, the hammer is the following important pattern you should know about. A small body of the candle is at the top position in a hammer pattern, and it has a long tail underneath.

The hammer pattern is used to show a decline in the price. However, the price of the asset starts rising gradually. If the color of the hammer is green in color, it means the bull market is stronger. Also, this is a good time to invest in binary options.

If you see a gravestone pattern, you can simply conclude that buyers are about to get command of the market.

Although hanging man looks mainly like the hammer, it’s different. In this pattern, the small upper body shows an uptrend in the market.

A bearish hanging man is comparatively stronger than the bullish one.

The last candlestick chart pattern is the belt holder. This pattern means one thing, i.e., the emotions of the investors are getting changed over time.

Now, if you notice a bullish belt hold pattern, you can assume a downtrend. In this pattern, the opening price of an asset is lower. Then, however, it starts increasing over time. As a result, the body gets longer, and the wick gets shorter, placed at the top.

On the other hand, if you notice the bearish pattern, remember that things will get reversed. In simple words, there will be an uptrend as the opening price was higher. But it started declining. The body of the candle is longer and has a smaller tail at the bottom.

When it comes to binary options trading, you can do it three ways, depending on the candlesticks. Scroll down to have a look.

While single trading candlesticks help predict price, it generally fails to give a long-term vision as everything is concluded based on a single day’s action.

If you want to make a profit by trading a single candlestick, you need to remember a few things. For starters, you should invest in a candlestick that has clear momentum. Also, you must keep the expiry time short.

During this time, you should look for Doji patterns in the chart. While the market is stable during that time, the scenario will not be the same. Therefore, you should search for boundary options, which share the same price as the Doji pattern.

For the boundary options, try to select a longer expiry time. You can choose this marketing strategy to stay alert, make quick moves, and bear significant losses.

For this, you can calculate the sum of all the available candlesticks. Also, when you see the trend of more candlesticks, you get a better idea of the market movement. And you can make more profit.

Combine Candlestick with Other Indicators

The last way you can trade candlestick is by combining candlestick with other indicators. When you do this, you are maximizing your chance of making more profit. Thus, you don’t bear more loss.

This way, you also open so many different trading possibilities for yourself. And if your timing is right, you can also unlock the door to success and become a master trader.

How to Read One Single Candle?

When you are trading a single candle, and you notice a long upper shadow, the price will go down. It’s because investors want to sell. On the other hand, if you observe a long downwards shadow, it means the market’s price is going up.

Similarly, if there is a Doji candle pattern, it shows indecision. And this thing indicates the same opening and closing price. Lastly, if you notice hammer patter in the chart during trading a single candlestick, this means buyers are in action.

When you are trading in the binary options market, it is highly advisable to read a candlestick chart to have a better idea and understanding of market movement.

When you see the visual representation of the price trend of a market, you get an idea of how this volatile market is moving. For example, the Candlestick chart helps you understand market direction, opening price, closing price, highest price, and lowest price.

Also, when you are reading the candlestick chart, try to set it on the longer period side so that you can get enough time for analyzing the market. And once you have analyzed everything, you are free to invest.

Before investing, don’t forget to check everything with a professional to eliminate the possibility of losing money. 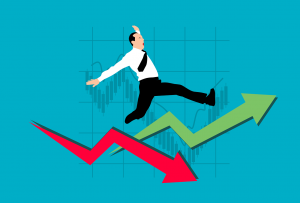 How to become a profitable Binary Options trader?

How to spot Binary Options Scams?

Is Binary Options trading safe or not? - Traders experience

Are Binary Options legal in the UK? - Trading guide 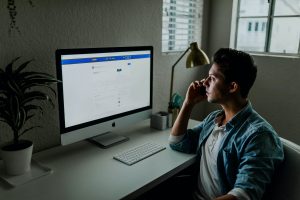