You may be asking what are quarterly ends and what on earth have they got to do with binary options. In fact, they have quite a lot. If you learn about their significance then you could provide yourself with some excellent trading opportunities to earn great profits.

So, let us start at the beginning and explain what quarterly ends are all about. Most of the large public companies that are quoted on the major market indices, e.g. Dow Jones, S&P 500, use a system called the business quarter method to report their earnings, profits, objectives, and schedules, etc. In addition, governments report the economic performance of their countries by publishing their Gross Domestic Product on a quarterly basis.

So, you can immediately see that these releases are important events on the business calendar.

Obviously, there are four quarters in the year which are January to March; April to June; July to September and October to December. Companies and Governments issue their financial reports during the month following the end of a quarter, i.e. April, July, October, and January. In fact, these four months are referred to as the Corporate Seasons. They are very key occasions because they can dramatically impact the performance of the stock markets.

Very importantly, companies issue in advance their revenue and profit forecasts for each quarter. For example, such information for the third quarter would be posted well before the end of September. This means that prominent market analysts and rating agencies have benchmark figures to compare the actual releases when posted during the Corporate Seasons.

Investors and analysts will immediately compare the forecasted and real figures for the quarter. In this case, Apple missed its expectations. Consequently, its shares will drop significantly. In addition, a new bearish trend could well commence that could last for weeks, if not longer.

This is where you start to come in.

There are hundreds of major companies that go through this same process during each of the Corporate Season and every publication is well-publicized. You will find that many of these companies comprise the asset selection supplied on your trading platform by your binary broker.

So, now you have it. You wait for the release of each company’s earnings report and compare it to its forecasted figures. Then look to open CALL binary options if the real figures are better-than-expected. Alternatively, consider PUT options if they are worse. You will find that revered analysts will provide ample insights and evaluations of each company’s performance that will help you significantly when making your choices.

How to trade Oil with Binary Options - Trading tutorial

How to trade Binary Options Without KYC?

Binary Options vs. Day Trading - What is the difference? 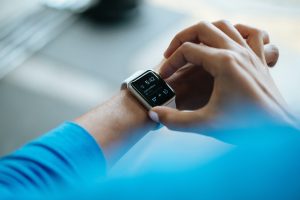 What is the best time to trade Binary Options?