where S1 & S2 are the underlying prices of asset 1 and asset 2, while K1 and K2 are their respective strike prices. Should either or both of the above conditions not be met at the expiry of the strategy then the strategy settles at zero.

The pricing formulae for the above strategies have been proposed by Kat and Heynon1.

The remainder of this section concentrates on the Double Call with the reader being invited to apply the analysis to the three remaining bets.

Double Binary Options  require both elements of the bet to succeed in order to win, thus the Double Call requires both S1 and S2 to finish above their respective strikes of K1 and K2 as illustrated by Table 1

In the table the three crosses represent the other three Double Binary Options (CallPut, PutCall and Double Put) winning scenarios and the aggregate probability of all four bets must come to one. In the same way, the two cells above S1 > K1 must equate to the probability of a vanilla call with underlying S1 and strike K1.

Figures 1a-c display how the price profiles change as time to expiry decreases from 25 days to 1 day with the following input:

The lower profile of Figure 1c describes a very narrow corridor where fair value does not equal either 0 or 100.

At expiry, the profile is discontinuous with two separate plateau, one at a value of 100 where S1 > K1 and S2 > K2 and the other at zero at all other combinations of S1 and S2.

This strategy can offer particularly high gearing for speculators who wish to combine forecasts on two separate assets within one instrument. A Double bet on two racehorses running in different races would be consistent with a Double Call with rho = 0, although a horserace aficionado would no doubt claim that factors such as both horses favoring the same track conditions (‘going’), same jockeys, weather, etc. may well impact on rho.

Doubles, in general, require the input of three individually assessed variables, i.e. σ1, σ2, and ρ, which could quite possibly cause considerable variation in fair value from one market-maker to another. Consequently, it would be unsurprising should market-makers build in a wider bid/ask spread than would be their norm. This would not only reflect the market-maker’s lack of assuredness in evaluating the fair value of the strategy, but also the subsequent risk management of the position when one of those three variables, rho, is totally unhedgeable.

day, the theta becomes increasingly negative where S1 and S2 are just under K1 and K2 respectively. Alternatively, the theta is sharply positive immediately above S1 = S2 = $100. Subsequently, theta returns to zero as both S1 and S2 are so far in-the-money that the Double Call is 100 and can go no higher.

The thetas, as illustrated by the contours in Figures 3, determine for those that invest in order to take in time decay which areas to buy and/or sell. For example, in Figure 3b the ‘hot spot’ is a semi-elliptical shape with theta (according to the legend) of between 10-15. This area shows both S1 and S2 to be in-the-money, so although the positive theta might give it away, it is necessary to buy the Double Call at this point. But this is a transitory trade. Should either S1 or S2 slip out-of-the-money then the theta turns sharply negative and the criterion for the trade is compromised; alternatively if either S1 or S2 travel deeper in-the-money then yet again the theta falls away from the ‘hot spot’ and the trade should be exited.

Using vanilla binary calls creates issues as the risk reversal is always a threat, with Doubles the risk is even greater.

In the following examples, the vega is illustrated for asset1 with σ2 remaining constant at 5%.

The vega for asset 1 with asset 2’s implied volatility constant at 5% shows positive vega below the strike and negative above. If a cross-section of the graph was taken at S2 = $100 then the profile would be very similar to that of the vanilla Binary Call vega.

As time passes the absolute value of the vega does not change a great deal (all three illustrations have the scale remaining between ±0.6) although the profiles become narrower with respect to S1.

Double Call deltas are always positive. Each asset has its own delta and Figures 5a-c shows deltas for asset 1.  At S1 = $100 the same steepling effect takes place as with an at-the-money Binary Call and yet again the cross-section at S2 = $100 resembles the delta of the vanilla Binary Call.

As one can see from the changes in the scales of the graphs, the delta causes the same problems to the market-maker as time to expiry passed with delta-neutral hedging becoming increasingly difficult over the last day where at the beginning of the day the delta for the at-the-money is already ±1.5 and rising sharply.

As ever gamma (along with theta and vega) has the usual risk reversal issues.

The following section holds S2 = 100.00 while S1 and rho are the variables. The first characteristic of Figure 7a-c is that the fair value of the Double Call never exceeds 50 and this is because the price of one of the assets has been constrained to the strike price of 100.00. If S1→∞ the strategy would still only be worth a maximum of 50.

Another feature of the interaction of time and rho is that as time elapses the effect of rho diminishes. This is reflected in the lower of the diagrams where the ‘overhead’ view of the price shows a narrower and more vertical price profile as rho ranges from ―1 to +1. As t→0 the profile for ―1 ≤ rho ≤ +1 becomes that of a vanilla binary call where S = K = 100.00.

What the profiles of Figures 7 illustrate is that rho itself has a ‘delta’ but since rho itself is unhedgeable and is a conceptual value provided by statistical analysis (much as historical volatility) such a delta has limited value. By hedging the pair of underlying in a delta-neutral manner is as close as one is going to get in terms of a simple hedge of rho although by using options, both conventional and/or binary, an avid ‘rho-neutral’ speculator may be able to ‘flatten out’ more efficiently, (maybe!).

Eachway versions of Doubles are yet another variation on a theme. Yet again should the settlement prices be 0, 40 and 100 with strikes K11, K12 and K21, K22 the Eachway Call would then be:

As time to expiry erodes the curved contours of Figure 8a transform to the square contours of Figure 8c where there is the clear outline of the three separate plateau defining the losing bet, the ‘place’ with a settlement price of 40, and the outright win where S1 > K21 and S2 > K22.

Assuming a gold/oil correlation coefficient of rho = 0 the same Double Call would be worth 9.13 meaning that a trader can buy $68.06/pt and have the same downside risk as to the above two individual calls. The upside is $6,185 creating a 895% profit. The downside is that with the individual bets either can win independently creating an overall profit while with the Double Call both must win to avoid losing the outlay. Yet again the choice boils down to the trader‘s strength of opinion and risk profile as to which alternative they choose.

The Gold/Oil example lends itself to another use. Above rho is assumed as zero, with the implied volatilities of Gold and Oil being taken from the vanilla binary options market, which will, in turn, have likely to have derived from the conventional options market. If one took the view that Gold and Oil are positively correlated then one might buy the Double Call and sell the individual Gold and Oil Binary Calls.

Assuming a tick size of $10/pt the P&L profile is illustrated in Figure 9b.

If Gold and Oil had a rho = 1 then the related price action of Gold and Oil would run along a straight line from Gold = $1,500, Oil = $105 to Gold = $2,000, Oil = $115, i.e. a straight line running from the bottom left to the top right of the lower graph of Figure 9b. In effect that combination of prices covers the profitable areas of the P&L profile and as such the strategy would be a worthy one for trading rho.

Another interesting application for these Doubles is as ‘out-performance’ bets. For example, the FTSE100 is trading at 6,120 and Vodafone is £1.36. A trader fancies the market up but also thinks that Vodafone will underperform the market. The implied volatility of FTSE100 is 15% and Vodafone 20% and there are no ex-dividend dates in the offing. The trader decides to buy the 6,200/$1.40 CallPut with 30 days to expiry. This CallPut wins providing at expiry FTSE100 is above 6,200 and Vodafone is below £1.40.

The strategy is worth 26.25 on the assumption that there is a zero correlation coefficient, but in this case, rho would not equal zero. Why? For a start, Vodafone accounts for 6%, say, of the FTSE100 index, but furthermore, since there is likely to be a positive correlation with many of the individual constituents of the FTSE100 index, rho will be higher than 6%. Presuppose FTSE and Vodafone have a rho of 0.6 then the value of the bet now falls to 18.52 since the probability of Vodafone closing is above £1.40 conditional on FTSE100 closing above 6,200 has now risen creating a greater likelihood of a losing bet. Should FTSE gain 6,200 and Vodafone remain under £1.40 the strategy returns a 340% profit.

2.   Rho is a critical element in the evaluation of double bets and the measure of the correlation coefficient provides problems comparable with evaluating historic volatility, i.e. what time frame is appropriate and how often within that time frame should sample be taken.

3.   Double Calls and Puts are strategies for the more assertive trader who believes they can forecast the future price level of two assets and thus reap the more favorable odds.

4.   ‘Doubles’ can also be used for backing the view that one asset that is a member of a wider group of assets may under- or out-perform that basket of assets. 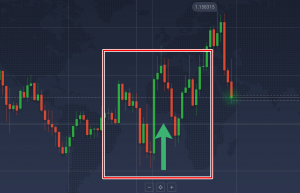 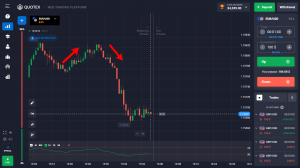 What is Fundamental Analysis? - Definition & tutorial 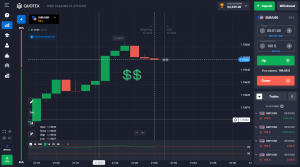