The Economic Calendar can be described as a timetable of political and economic events, which show results of the performance of the indicators used in assessing the performance of the listed countries, or sectors of the economies of the listed countries. Due to the fact that the measured indicators are determinants of how sound the economy of a country is, traders in all financial markets use this information to determine future market direction and as a basis of investment decisions that they make in the short, medium, and long term.

The Economic Calendar is usually found on several websites (including this one) and can be accessed by traders at no cost.

Elements of the economic calendar

A typical Economic Calendar will contain the following elements:

The trading approach to the use of the economic calendar starts from the date and time of the Economic Calendar, which traders should note so that they can possibly line up to trade the news item (if tradable). Knowing what time the news will be released also serves to warn traders about when they should consider closing any open positions so as not to get these positions exposed to the vagaries of the post-release market volatility.

A note is then made of the high-impact news items, as these are the only ones worth trading. The trader should also note the country from which the news is emanating. It is good practice to read a little around this. It is not in all cases that the currency of the affected country is bought or sold when the news is released.

A good example is the US Retail Sales report. There have been occasions when Yen crosses such as the EURJPY were the currency pair of choice to trade this news item, instead of the traditional USDJPY currency pair. Try to find out the best currency pair with which to trade a news item.

The attention will then shift to the name of the news release. Click any links here to read a little about the news to be traded and what a positive or negative number will mean for the asset.

Next, attention shifts to the numbers: actual, consensus, previous, and revised numbers. Many people overlook revisions to their own detriment. A revised number can dictate the response to the latest release, as market participants may become more bullish, bearish, or neutral than they would have been if there were no revisions. An asset will be bullish if the difference between the actual and expected figures is more positive, and bearish if this parameter is more negative. The degree of volatility is determined by the degree of deviation, as well as the degree of deviation between the actual and previous results. 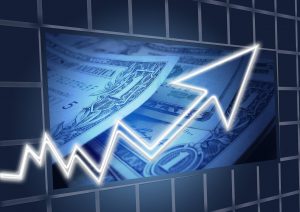 How to use the chaikin oscillator in Binary Options trading?