In this section, the correlation coefficient, Binary Spreads, Double Binary Options, Cubes, and Eachway Cubes will be analyzed.

Two asset binary options present a challenge in that having the extra variable in asset 2, also involves a further extra variable, the correlation coefficient of the two assets prices*. This requires a far more complex study of the sensitivity analyses in that, for example, each strategy has two deltas, two gammas, etc.. The approach in this sector has been to hold the asset 2 price static while the delta of asset 1 is illustrated and analyzed, but this also requires a static Rho. So the reader will find an abundance of three-dimensional graphics on the following pages although, unfortunately, three dimensions are insufficient.

The Double Binary Options require greater consideration as there are now at least two strikes. Double Calls, Double Puts, CallPuts, and PutCalls enable traders to speculate on the individual performance of two assets independently of each other. A CallPut or PutCall could well be the ideal limited risk instrument when trading the reverse yield spread for example.

Finally, the last of the two asset binary options consist of Cubes and Eachway Cubes which require the buyer to correctly assess the price ranges that two asset’s prices will be in at the expiry of the option. Yet again the absolute price of the asset is the focus unlike the relative performance of the Binary Spread. The author’s experience in trading short-term interest rate (conventional) options would suggest to him that these strategies would be popular in the STIR market.

The additional variables in the above strategies increase the risk to the market-maker both in pricing and the subsequent risk management; consequently, a sufficiently wide bid/ask spread would be required in order to compensate for the extra risk load.

* This correlation coefficient is the variable Rho, which in itself can cause a problem for the first differential of an option with respect to the interest rate is also sometimes referred to as Rho. But since the variables interest rate and yield of the asset have been studiously avoided both in this book and the precursor, Rho will be constrained to the correlation coefficient in this section. 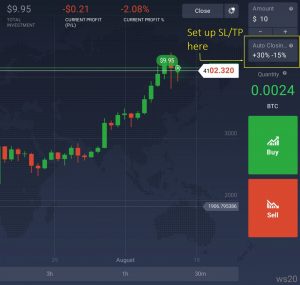 Binary Options take profit feature - How to use it 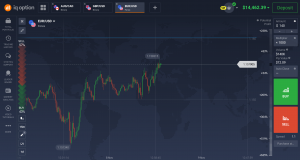 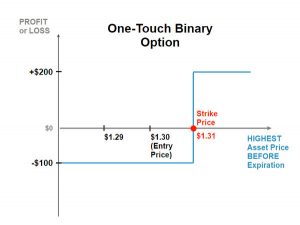