The Harmonic Pattern helps in technical analysis and indicates the pricing directions. They are chart patterns and play a big role in forming trading strategies because they let you examine the range of price movement.

The harmonic patterns are formed by using Fibonacci numbers that depict the possible changes in price and its direction. After spotting them, you can use this pattern to make your trades with better precision.

Each of these patterns is used to identify different trends.

Harmonic patterns are effective and beneficial for binary options traders. With high chances of trend reversal and nominal risks, it lets you execute a trade.

The success rate of harmonic patterns is said to be between 80-90%. However, a trader must know how to recognize and use them. There are over ten types of these patterns, and it’s necessary to spot the difference among them.

If you are a newcomer in binary trading, you can follow the harmonic patterns to either sell or buy the asset. They provide a good risk to reward ratio, but the key is to master them.

With the right management and learning, you can use these patterns to trade something big. Moreover, to gain profits, you have to evade certain points in order to use harmonic patterns in binary options trading. Following are the things which should be avoided-

Blindly putting money when you see some pattern forming. There are varieties of harmonic patterns, and to trade them with efficiency, you need to spot the right one. Don’t start any position without analyzing the type correctly.

Also, avoid trading in-between the structure formation. Let them complete, then only invest your money.

If you are a beginner, keep the leverage small, as that can prevent you from facing any major losses.

There will be times when you’ll see a pattern in the middle of a continuous resilient trend. Try not to execute the trades during such cases as they might not form completely. So, play safe and follow the ongoing trend.

How do I know what harmonic pattern I have?

Different types of harmonic patterns have different Fibonacci measurements and shapes and are made from five turning points. These points are – X, A, B, C, and D.

They all have their unique features, and you can detect them from their shapes and Fibonacci ratios.

Following are the most common harmonic patterns and the way to identify them.

As the name suggests, the end product is a bat-shaped trapezoid. It is formed when the market trend switches its course for a while but then again starts following the original one. This pattern indicates a solid entry point.

When the pattern terminates, and the market starts to continue, you will get an opportunity to enter into the market at a good price. The Bat pattern was first recognized in 2001 by Scott Carney. It is an arrangement of 5-point retracements and has Fibonacci measurements on them.

The point ‘D’ of the pattern is called Potential Reversal Zone (PRZ) because it is that area where the price of the asset has high chances of reversal.

How to identify a bat pattern?

There are two ways to identify the pattern:

These ratios help to differentiate the bat pattern from the cipher patterns. In the bat harmonic pattern, the point ‘B’ does not rise above 50% of the ‘XA’ leg’s Fibonacci retracement. But if it does, then the pattern is a cipher.

Bat patterns can be used in all the market types and time frames. However, this pattern appears infrequently on the low time frames, and that’s why, while using on the lower time frame, you have to carefully observe and analyze them.

The four different legs are-

To use this pattern while trading, make sure that the formation is accomplished. The complete structure has three core elements-

Before using this advanced pattern in real trade, plan everything and make a strategy. Any mistake could lead to your monetary loss.

The ABCD pattern or usually known as the AB=CD pattern, is the easiest one to spot and trade. It is composed of four points, A, B, C, and D. For technical traders; it is a valuable technique. It was initially founded by H.M Gartley and later created by Scott Carney and Larry Pesavento.

Like many patterns, ABCD also has two types- bearish and bullish patterns.

How to recognize bullish ABCD pattern

The AB leg shows the reduction in asset value which is soon followed by a reversal in the direction, making the BC leg go upwards. The trend then again reverses, and the CD leg goes down. This forms the ABCD pattern.

After the completion, again, a reversal is anticipated with an increase in price.

How to recognize bearish ABCD pattern

This pattern is the opposite of the bullish AB=CD pattern. The AB leg moves in the upward direction, but with the change in price, it goes down from BC. This leg gets reversed, and the CD line moves in an upward direction.

After this, the price is expected to reserve and go down again.

How to trade ABCD pattern?

After the structure is complete, traders can start performing their trades at point D. when there is an uptrend; you can opt for short positions. In the downtrend, you can purchase an asset expecting a reversal.

It is a price reversal pattern that can be observed at the drawn-out price moves and indicates price solidifications. This is used to decide the conclusion of the price move and the point of beginning of the new trend.

The pattern was founded by Bryce Gilmore and Larry Pesavento and can be used at all times frames. There are varieties of structures for butterfly harmonic patterns. Generally, you can notice it near the extreme high or low point, signaling a reversal.

It also has four legs- XA, AB, BC, and CD which depicts the end of the current price direction. Hence, you can take your positions in the market accordingly. There can be both bullish and bearish butterfly patterns

How to identify Butterfly pattern?

The bullish pattern is the same in ratios but different in directions.

The crab pattern lets you make your trades in extreme lows and highs. This has XA, AB, BC, and CD pattern which was discovered by Scott Carney. Like the other patterns, it also follows an up and downswing.

How to Identify a Crab Pattern?

With a third reversal, the CD will extend up to 161.8% of XA and will become the longest in the whole structure.

For spotting these patterns, observe the following things-

In comparison with A, point C is a lower high.

Point B is lower high as compared to X.

C is higher low as compared to A.

B forms a lower high as opposed to X.

The D point passes X and signals a higher high or lower low.

It is the same as the crab pattern but with a small change. It has all its features like – X, A, B, C, D points and extension of point D up to 1.618% and only varies in the retracement of B.

How to Distinguish Deep Crab pattern from Crab Pattern?

Take notice of these things while discerning between both these patterns-

A fairly new pattern in harmonics, the shark patterns were also founded by Scott Carney in 2011. Points used here are- O, X, A, B, and C. This pattern shares some likenesses with the crab and deep crab patterns.

Unlike others, this pattern is not in standard ‘M’ or ‘W’ shaped. It has a Fibonacci level same as deep crab pattern and volatility same as crab pattern. The formation of shark patterns has a small tenure, and that is why it is beneficial for active and intraday traders.

How to Identify Shark Pattern?

It can be either bullish or bearish. When the OX leg goes up, it is bullish, and when it goes down, it is bearish.

Point D is where the trades start, which is present at the 1.13% extension level of the OX leg, and you can order a stop-loss below 1.15%.

It is the widely and frequently used harmonic pattern. The Gartley pattern got its name from its founder H.M Gartley who in 1932 wrote a book establishing the harmonics patterns.

The Gartley pattern helps in recognizing reactions high and low. It also tells the direction of the trend for a long duration. With this pattern, you can get an overview of the magnitude and the timings of the price movements.

The foundation of this pattern is that the Fibonacci ratios can be used in the formation of geometric structures.

It is formed when the market trend continues its original path, changes direction for a short while. With this pattern, you have a low-risk opportunity to enter the market.

How to Identify the Gartley Pattern?

This pattern has one of the best and precise strike rates. Although it is not often found and forms seldom, you can get a good reward-to-risk ratio from using it properly.

Like all the other harmonic patterns, it is formed with points XABCD, where XA is the starting move.

How to Identify Cypher Harmonic Pattern?

Use of harmonic patterns?

The first thing is to correctly identify the harmonic patterns and their type, then only start the trade. Examine the pattern and see if there is any chance that the same price movement will occur. If yes, then enter your position.

Make sure that the price is not fluctuating too much and the structure is forming as it should be. You can trade them in any time frame.

For better analysis, traders can also use different indicators and software like MetaTrader 4 and MetaTrader 5.

These patterns are a reliable source to forecast price movements. If you can spot the harmonics and use the Fibonacci ratios, the prediction of future price trends will be easier.

This leads to the calculation of reversals, and thus, you can place your trades more efficiently and with limited risks.

As compared to the typical chart patterns, the harmonics are a bit technical. However, they provide you with fixed rules and methods to make trades. They are as helpful as the other chart formations but comes with their own set of drawbacks.

It may happen that you won’t get any trend change at potential reversal zones (PRZ). Therefore, you can use stop-loss near point D at high or low, which will minimize the losses. But it has a restriction as well.

Stop losses, although minimizes the risks, does not consider the volatility of the market like slipping and gapping on the price charts.

Every binary options trader wants to gain profit, and by using harmonics, you can make that possible. These patterns are a useful and efficient source for predicting the price movements, which allows you to make your trades accordingly.

Keep in mind that the harmonics are not always accurate, but if you use them with consideration and correctly, they will provide you with less risk and opportunities for profits. If you are a binary trader, use these methods to execute your trades, further enhancing your performance. 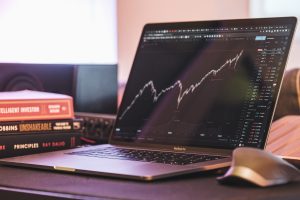 The strategy is a critical component of long-term effective binary options trading. The best binary trading methodologies can be known as a techn...
08. August, 2021

How to use the Fibonacci Retracement for Binary Options - Strategy

Binary Options Hedging Strategy: How to secure your profits 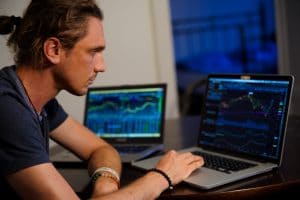