Most derivatives traders have conducted a spread trade at some point in their trading career; these spread trades generally are futures trades and the most common are the spreading of one short-term interest rate month against another month of the same contract, e.g. sell 1 Dec Eurodollar 98.30, buy 1 Mar Eurodollar 98.35. If the spread widens the seller gains by $25 per spread per tick profit. If the current spread is trading at -5 and a Binary Spread has a strike of -5 ticks then the price would be roughly 50. Should the spread widen from -5 this would generate a settlement price of 100, in effect roughly doubling the speculator’s money. Therefore in terms of a straight comparison between futures spread and a Binary spread, the latter can provide significantly higher gearing along with a limited risk scenario.

The formula for the Binary Spread is from Thijs van den Berg1 founder of www.sitmo.com

Figures 1a-c illustrate the price profiles over time of two assets, S1 & S2, with a strike price of 0.00.  Each plane is viewed from the side and overhead. The Rho is set at zero meaning that the two assets are totally unrelated to each other in terms of price movements.

Figure 1b illustrates the 10 & 5-day profiles where the probability of S1 > S2 is represented by a narrower and steeper price profile, which in turn is accentuated by Figure 1c.

The following analysis of the greeks determines how time, volatility, and rho affect the above price profiles.

Figures 2a-c graphically display the theta of the above price profiles. The theta is always zero when the difference between the two assets is 0.00, the strike price. When the difference is below 0.00 the theta is negative or zero, while a difference greater than zero offers a positive or zero theta. The absolute value of the theta increases as the time to expiry decreases so that the scale of Figure 2a is just ±2.0 while the 1-day theta of Figure 2c is ±50.0. But as ever the theta of an option grossly exaggerates the actual decay of the premium as a time to expiry approaches zero.

As with writing vanilla binary options the same considerations apply; writing an out-of-the money Binary Spread in order to take in the time value can spectacularly backfire should the options turn in-the-money since now instead of taking premium in the premium has a positive theta and is now increasing in value over time.

The vega in this section relates to a change of implied volatility of asset S1 from 5% with asset S2 remaining constant at 5%.

The scale of the vega does not change remaining at ±0.04 for 25 days to 1 day. As time decay reduces the premium when out-of-the-money and increases it towards 100 when in the money, there is a constraint placed on the vega which does not exist for conventional options. The effect that does take place is a concertinaing of the vega profiles over time, as progressively illustrated by Figures 3a-c. with vega always zero where S1 = S2.

As with binary deltas in general increasing the time to expiry lowers the absolute values of call and put deltas and the Binary Spread is no different. The at-the-money delta with 25 days to expiry is 0.2200 where S1 = S2 = $98 falling to 0.2113 where S1 = S2 = $102. With just 1 day to expiry, these two deltas have increased to 1.0999 and 1.0567 respectively. The delta is the familiar Dirac delta which requires the sum of the cross-section below the profile to aggregate to 1. Therefore as time approaches zero and the cross-section profile approaches zero, the delta takes on the steepling effect as the delta tends to infinity.

Figures 4a-c offer delta profiles as time falls from 25 to 1 day, while Figure 4d provides the delta of the Put Binary Spread which always is the negative of the call delta.

The above example of Table 1 presents the advantage of going short at-the-money binary calls and purchasing futures against it.

Figures 6a-c illustrate how, with S2 held constant at 100.00, rho and time to expiry act on the price. When the Binary Spread is at the money the price is always 50, irrespective of rho or time to expiry. As the time to expiry decreases the influence of rho also decreases so that with minimal time to expiry (Figure 6c) rho virtually has zero effect.

When rho = 1, irrespective of time to expiry, when S1 > S2 (100.00) then the price is 100. With rho = 1 the price of S2 will move exactly in tandem with S1 since all points on the distribution lie on a straight line. Therefore if S1 rises then S2 will rise in proportion: if S1 falls then S2 falls in proportion. This means that S1 will always be higher than S2 therefore the price will always be 100.

Likewise should S1 < S2 this relationship will always exist and the Binary Spread will always be worth 0.

The profile of the Binary Spread when rho = ―1 is a stepped increase in price. When S2 is initially held at 100.00 while S1 varies at each level of S1 there becomes a series of prices of S2 generating different win/lose scenarios.

Conversely, if S1 falls then S2 rises meaning that whatever the amount of price movement S1 < S2 and the strategy always loses.

If the price movement is greater than 0.10 then it is possible for this strategy to lose should S1 fall.

As with any European binary option, i.e. an option that has no barriers or ‘one-touch’ features, it is possible to introduce further strikes and create staggered settlement prices. Figures 9.2.8 illustrate profiles of an Eachway Spread with strike prices of K1 = ―1.5 and K2 = 1.00 with settlement prices of 0, 40, and 100.

Figure 8ba has five days to expiry and takes on the profile of a plain Binary Spread. With just 1 day to expiry, the two separate strikes are now exerting their influence separately so that there is a clear definition of the three settlement prices. While with 0.01 days to expiry the shape of the Eachway Spread is a great deal more concise.

The greeks of the Eachway Spread have lower absolute values as one would imagine based on the Eachway Call and subsequently is a less risky trade than the Binary Spread for all concerned.

Binary Spreads and Eachway Spreads have applications wherever spread trading is currently being undertaken. Clearly, there is no need for the two assets to have any correlation but it is generally common for spread traders to operate with assets that do have a positive correlation.

Probably the highest volume of spread trades takes place between interest rate futures with traders operating down a specific currency curve or between different currency curves.

Short-term interest rate futures, e.g. Eurodollars, Euribor, Short Sterling, Oz 90-Day Bills, EuroSwiss are home to spread traders trading one month against another. Spreads, butterflies, and condors are all spreading strategies within this market so subsequently it would be perfectly feasible for there to be Binary Spreads in these markets.

It is not unusual for traders to trade the same currency 2, 5, and 10-year bonds against each other, while a more risky trade might be spreading the Bund against the US 10 year Note. In the 1990s when Italy was joining the Euro convergence took place and funds actively traded Italian BTP calls against Bund calls, so this would be a clear example where a Binary Spread could be applied.

Trading that one company outperforms another is a traditional form of spread trading. The shares are generally in competing companies and within a specific sector so the correlation is positive.

Oil is an obvious potential candidate for Binary Spreads with trading of the ‘crack’ spread already prevalent. This involves the trading of the price of oil between two levels of the production process.

Trading gold company shares against bullion has been a long-standing play, as too has traded a share in an index against the index itself. Both are forms of hedging based on the fact that the pair of assets will have a positive correlation.

This spread has a negative correlation and is based on the yield of an index of shares against an interest rate.

All the above examples would be potential candidates for Binary Spreads and Eachway Spreads. The advantages as ever revolve around the limited risk scenario of binary options plus the fact that a Binary Spread would need just one margin call, as opposed to the two margin calls of the Bund v US 10 year Note spread.

There are now Binary Spread platforms trading on the internet which probably underlines their relative simplicity, practicality, and commerciality. These platforms, as with the current crop of internet-based binary options platforms, offer very short-term strategies. It is hoped that this section has broadened the reader’s outlook as to the potential uses, trading opportunities, pricing, and risk management techniques so that when longer-term Binary Spreads become available the reader will be able to form more knowledgeable assessments as to the fair value of a Binary and Eachway Spread strategy.

Section 9.2.9 on applications demonstrated current spread markets where traders are offsetting one instrument with another in the hope of gaining a profitable edge. In effect, these traders are doing nothing but trading the correlation coefficient. The Binary Spread offers the binary options trader to make a critical judgment on the price of the strategy in the marketplace by forming solid and researched views on the volatility of the individual assets. This implied volatility assessment is likely to be influenced heavily by the implied volatility of the individual conventional options of each asset.

Binary Spreads and Eachway Spreads offer a new dimension to the market; in effect, they are not ‘reinventing the wheel’ as spread trading is already in existence. What these binary strategies offer is the ability to get involved in these markets with limited downside risk plus only one initial margin call or premium charge. Furthermore, since spreading the underlying requires brokers for two individual ‘legs’ the cost of trading Binary Spreads and eachway Spreads is likely to be relatively cheap also. 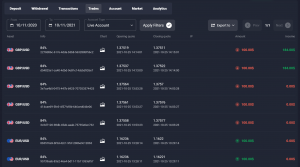 What are Binary Options signals? - Definition for traders